Checklist of the Parasites of Fishes of Malaysia

The study of fish parasites in Malaysia dates back to more than a century, when a report on the Crustacea collected during the Cambridge University “Skeat Expedition” to the Malay Peninsula in 1899 – 1900 described the presence of parasitic isopod infecting freshwater fish. However, following this report no systematic studies on Malaysian fish parasites were done until the 1960s, when modern research on the country’s fish parasites began. This book compiles the dedicated efforts of several Malaysian fish parasitologists and their students, who have published extensively on the taxonomy, lifecycles, ecology, pathology and treatment of parasites of freshwater and marine fishes. Also included are the many taxonomic and other studies conducted by foreign scientists, working both in Malaysia and in international laboratories.

This checklist includes all pertinent literature dating from the year 1902 when the first record appeared through the end of 2013. Information is presented in the form of parasite-host and host-parasite lists. Included are 425 named species of parasite, distributed among the higher taxa as follows: Protista – 18, Myxozoa – 22, Digenea – 39, Monogenoidea – 207, Cestoda – 72, Nematoda – 24, Acanthocephala – 4, Hirudinida – 1, Branchiura – 4, Copepoda – 26, Isopoda – 6 and Pentastomida – 2. Also included are many records of parasites not identified to species level.
The Parasite-Host List is organized on a taxonomic basis and provides information for each parasite species on the environment (freshwater, brackishwater, marine), the location (site of infection) in or on its host(s), the species of host(s) infected, the known geographic distribution (by state) in Malaysia, and the published sources for each host and locality record. A Host-Parasite List, list of References, a Parasite Index and a Host Index complete the volume. 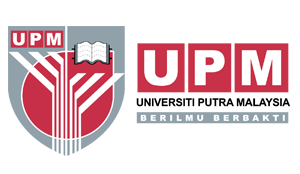 UPM Press is responsible in building a high quality academic publications either in English or Bahasa Malaysia. Works created by our academicians are means to contribute to the body of knowledge, disseminate knowledge and information for the benefit of mankind. The academic works too will help to boost the success of UPM’s strategic plan, namely to increase the level of achievement, research and innovation at the international level. 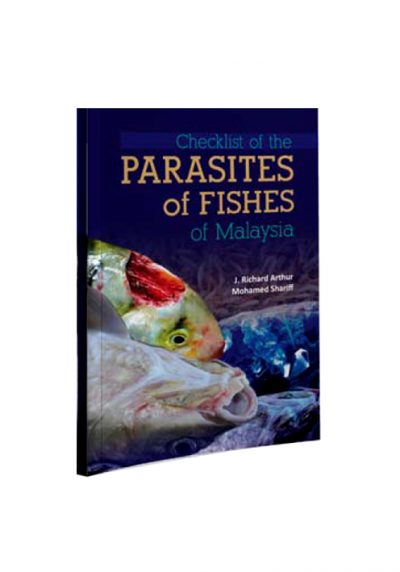 You're viewing: Checklist of the Parasites of Fishes of Malaysia USD $ 14.39
Add to cart